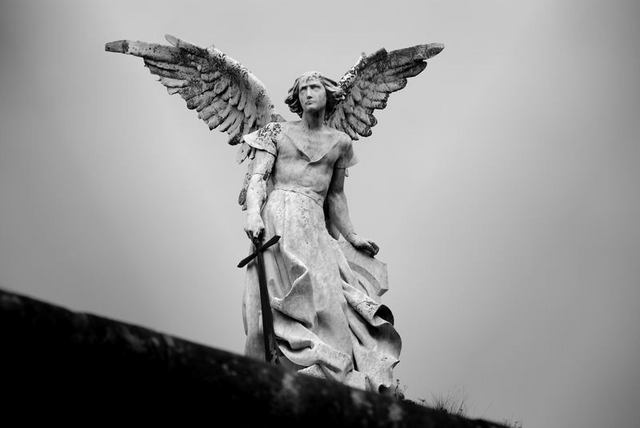 Over at the Rag Blog (we’d never heard of it, either), the always-astute Mike Davis argues that those looking to understand the motivations behind the rampage and ramblings of ex-LAPD officer-cum-vigilante Christopher Dorner should turn to books about racism driving men to homicide. Davis suggests Richard Wright’s novel Native Son and Chester Himes’ short story “Prediction,” as well as a nonfiction book set in New Orleans that eerily mirrors both. A Terrible Thunder: The Story of the New Orleans Sniper by Peter Hernon tells the story of Mark Essex, a Black Navy veteran who attacked the headquarters of the New Orleans Police Department on New Year’s Eve, 1972. Essex went on to elude a weeklong manhunt and reappear at the Howard Johnson’s hotel across from City Hall, where he eventually holed himself up on the roof and was killed by a Marine helicopter after shooting 10 police officers (killing five, including a deputy chief) and 11 white civilians (killing four).

Davis points to the parallels between Essex and Dorner:

Indeed Hernon anticipates some of the key questions that may confront Dorner’s biographer. Essex grew up in Emporia, Kansas, the child of a blue-collar Black family in an otherwise almost all white town. (Dorner emphasizes that he was the only Black child in his classes until middle school.)

Hernon finds nothing traumatic or disturbed in Essex’s life until he joins the Navy in the late 1960s and trains in San Diego as a dental technician with the hope of someday going to dental school. The white Navy dentist whom Essex assisted recalls him rather fondly to Hernon as a cheerful 19-year-old from Kansas.

But the Navy in 1969 was anything but cheerful. In the white ranks there was seething hostility against promotion of Blacks and race riots had erupted on the flight decks of the big carriers. Many Black sailors, as well as a minority of whites, are alienated by the War in Vietnam and the Nixon backlash at home.

Essex was stationed at a small naval base in Imperial Beach (last exit before Tijuana and the site of the hugely subversive and accordingly short-lived HBO series, John from Cincinnati) where he and other Blacks were constantly taunted by racist CPOs. (Hernon quotes one as loudly proclaiming “God, it must have been beautiful 20 or 30 years ago. When a nigger went to sea it was below the decks, in the galley.”) Finally after one slur too many, Essex decked a white sailor.

He was doomed. Like Bob Jones, the Black shipyard worker, in Chester Himes’ ferocious 1945 novel If He Hollers Let Him Go, a single misstep and his life spiraled downward. In face of unfair punishments and continuing abuse, Essex lost faith in a naval career. After going AWOL he was kicked out of the service. Unlike Dorner however, Essex was able to place injustice in a political framework; there are plenty of radical cats in the Navy in 1970 and he ultimately gravitated toward the Black Panthers, first in New York and then in New Orleans.

Police attacks on the Desire projects and the killing of local activists convinced Essex that it was time for war. Hernon is very clear, however, that this was a solo project, “revolutionary suicide” in the terminology of the time. But Essex didn’t die entirely alone. As he killed cops from the rooftop of the Howard Johnson, young Black people in the street cheered him.

If few actually cheered Dorner, public sympathy with his grievances has stunned the LAPD and its supporters. Over the last week, Police Chief Charlie Beck and Mayor Villaraigosa repeatedly went to the podium to remind viewers that Dorner was the bad guy not the hero. Mysterious posters appeared with Dorner’s photo and the word: HOPE. The blogosphere is crowded with personal testimonies about police brutality and the fraud of LAPD reform.

Read the full article at the Rag Blog.